In this article, we’ll be looking at the names for a variety of animals (anifeiliaid) in the Welsh language. Growing up in Wales, I loved my cathod (cats), but I also marvelled at interesting, exotic animals such as the eliffant or jiraff.

It’s true that Welsh doesn’t have a lot of original words for animals that our ancestors were unlikely to encounter – but don’t let that put you off from learning these new variations!

To start with, here’s a list of popular zoo animals in Welsh. You might notice that many of them are very similar to their English counterparts! Let’s also point out that the welsh word for animal is “anifail”.

A shocking 88% of land area in Wales is used for agriculture, meaning that it’s hard to go anywhere in Wales without seeing farm animals – especially sheep! Here’s how to say a few common farm animals in Welsh:

This list shows some of the common pets found in Wales and other Western countries that you may be interested in knowing.

This list covers some of the animals that may have been missed in the “zoo animals” list – of course, the two often overlap. You’ll notice that most words are very similar to their English counterparts, seeing as most of these animals would not have been known to our Welsh ancestors.

Finally, what would our list be without a trip into the world of imagination? Here are a few mythological animals in Welsh – including, of course, our most famous one.

There are also a few uniquely Welsh mythological creatures that you might be interested in, such as the Ceffyl Dwr (water-horse) or the Gwyllgi (a black dog with glowing red eyes said to be an omen of death) that you might like to look up to further your Welsh knowledge.

Other Animals in Welsh

Here is a list of other common animal names in Welsh that don’t fall into the previous categories of pets, farm animals, zoo animals, jungle animals or mythological creatures.

I hope these words will give you a good starting point when talking about animals in Welsh – but of course, this is only the beginning! Learning their plurals and how to pronounce them is something that will take time. 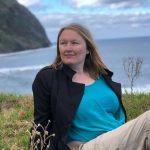 Gwyneth grew up in a small village on the Lleyn Peninsula in North Wales, speaking Welsh and English fluently from a young age. She loves to travel and has taught languages all over the world. Today, Gwyneth teaches Welsh online and she even has her own Welsh YouTube channel to help beginners get started.