Harlech is a 13th-century castle which acts as a physical reminder of the long battle for power and control in Wales. What began as an English fortress in Northern Wales, became a symbol of resistance for many people, in many conflicts.

Not only did it feature heavily in the Welsh pursuit of independence in the Middle Ages, but it also featured in the War of the Roses and the English Civil Wars.

Harlech Castle was built by King Edward I, who was King of England from 1239-1307. The Castle was constructed in just seven years as part of his attempt to fortify the north of Wales and gain power there1 (source: CADW).

The work on the Castle was supervised by Edward’s main architect, James of Saint George. James in turn managed 546 builders.

What Type of Castle is Harlech?

Harlech Caste is a concentric castle. This type of castle is essentially made up of a castle within a castle. The inner part of the castle, where its residents would live, was surrounded by two walls.

This meant that the structure was easy to defend because those inside were able to fire arrows over the heads of the soldiers standing on the lower, outside wall in order to reach the attackers below. The inner defensive walls of the Castle are a staggering three metres thick and are separated by a courtyard which spans 39 metres.

In the inner ward of the Castle, there were once seven rooms. There was a gallery, kitchen, buttery and pantry, a great hall, chapel, bakehouse and Ystumgwern Hall. Four towers further reinforced the castle on each corner. The outer defensive wall repeated the inner layout however, it was much thinner and lower2 (source: V. Huxley, World Heritage Sites of Great Britain and Ireland, 2009, P.147).

The main access point to the Castle was from the east, across a drawbridge which covered a dry moat of rock. There were two gates, one in the outer wall and one in the inner wall. There were arrow-slits flanking the entryway which were accessed through the side rooms in the gate towers3 (source: Wikipedia).

Here’s a timeline detailing the main events at Harlech Castle since it was built:

The Siege of Harlech Castle in 1468

Harlech Castle featured heavily in the War of the Roses. This was a war which broke out between rival families, the Lancasters and the Yorks, who both claimed the throne of England.

Between 1461 and 1468 the castle was staffed by supporters of the Lancasters under the command of Dafydd ap Ieuan ap Einion.

Because of its close proximity to the sea, the castle was extremely easy to defend and supply during a siege. It, therefore, eventually became the last main stronghold under Lancastrian control.

Today Harlech Castle is one of the best-known castles in North Wales. It has been declared a World Heritage site along with three other Welsh castles.

Harlech and Beaumaris Castle were specifically chosen because, according to the UNESCO, of their “unique artistic achievements for the way they combine characteristic 13th-century double-wall structures with a central plan, and for the beauty of their proportions and masonry.”

Some parts of the stronghold, unfortunately, did not survive, these include some of the inner buildings and two external gatehouses. The outer defensive wall is lower than it originally was and the sea is now further away from the Castle than it would have been because the sea has receded several hundred metres.

The Castle is open today and looked after by Cadw, the Historic Environment department of the Welsh Government. Find out more about the castle today in our full guide to visiting Harlech Castle. 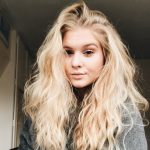